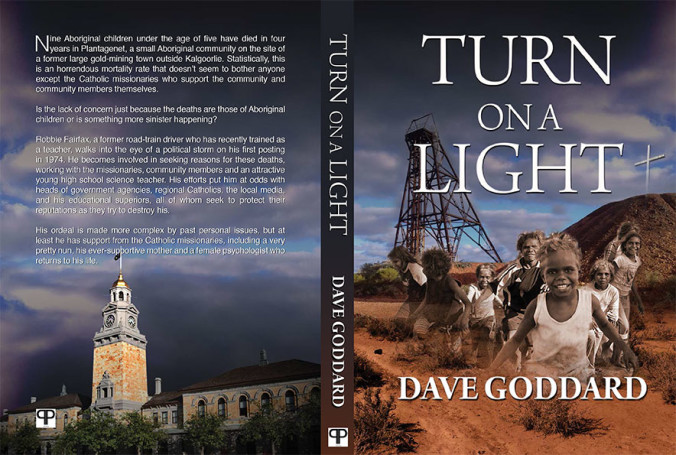 Things are hotting up as winter approaches.

First, there is the third short story being played next Saturday 26th March on Capital Radio 101.7, again at around 11.00 am, and again, read by Paul. This story involves considerable pidgin and I marvel at the way he’s grasped the sense and nuances. It’s called “Wit, Wisdom and Compassion” and while it has a deeper message, it’s a lovely, gentle story. I’m indebted to Lynda Ryder for some of this story.

The week commencing 11th April, Karen and I will be doing a promotional tour of some towns in the Central Wheatbelt, starting in Merredin on Monday 11th, Kellerberrin on Tuesday 12th, Southern Cross on Wednesday 13th, Bruce Rock and Quairading on Thursday 14th and Cunderdin on Friday 15th. Local CRCs and their newsletters will have details of venues and times and morning or afternoon tea will be provided.

The novel focused on Rottnest, which is tentatively entitled “Life Sentence”, is evolving well. As always, it hasn’t followed the path I had planned , but it’s growing and the characters are now intriguing me. I’d say about one-third of the first draft is completed, and I think in about two to three months` that draft should be completed. Then there’s a lot of work to be done and not just proofing and editing. One aspect will be on making the era of the story (from roughly 1883 to 1903) as accurate as it can be. To illustrate, I’ve just spent a couple of days researching swearing, of all things, because one of the characters is a former seafarer, now warder, who swears frequently. So I had to know some of the swear words in the era and situations where they could occur. And there is a heap of checking I need to do on aspects of Rottnest, Cossack and Roebourne, geographically and structurally . But I’ll complete the story first and then go for accuracy of context.

And most importantly, my third novel is close to being published. The final proof will be completed by the end of Easter and then it can go to print. This time it will be published by a new entity in the publishing field called Piccadilly Press and I am looking forward to that. Below is a scanned copy of the front cover for people to peruse. I love it and thank Ross McLennan for the design, and Brett Monaghan for permission to use the wonderful photo of the children. To date, the people of Ernabella, where the photo was taken, have not objected which pleases me and Ross. The focus of the story is based on one I heard about an old gold mining site in the NT during and after World War Two. I’ve transposed it to the Eastern Goldfields in the mid-1970s. It’s about questioning the cause of the deaths of children in a remote community to the north of Kalgoorlie-Boulder, a series of deaths that that take the usual infant mortality rate for Aboriginal children under the age of five to extreme levels for that era. Two young school-teachers and four Catholic Missionaries become the protagonists in trying to resolve the problem, and they face antagonism and obstruction from all quarters.

Trying to Simplify the Complex

Novels in the Wheatbelt


Warning: Use of undefined constant comment - assumed 'comment' (this will throw an Error in a future version of PHP) in /home/customer/www/aussieyarns.com/public_html/wp-content/themes/hemingway/comments.php on line 13
14 Comments